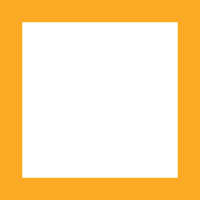 Dr. Paul Moon is an Organization and Leadership Development Strategist. He coaches pastors and provides consultation for churches as combining his backgrounds as a pastor (2002-present), a CEO at an IT consulting company (1989-2004), and a research engineer (1986-1989) for cutting-edge military high-tech applications.

He received his Doctor of Ministry and Master of Divinity from Drew Theological Seminary with a concentration in postmodern evangelism and congregational development. His doctoral project and dissertation on the “Postmodern Approach to Spiritual Formation Journey with Young People” won the Robert Duncan Jr. prize for its creativity and innovations.

The connection between churches and their communities is increasingly digital in nature. Our culture is undergoing a digital revolution that requires far more than simply a nice-looking website and a modest Facebook presence.

We need a game-changer! Paul holds a series of nation-wide seminars focus on a framework for Disruptive Ministry Diffusion, a process of how to ignite a church through the Minimum Viable Ministry and what challenges churches are facing to overcome during the process.

We have developed Disruptive Ministry Diffusion frameworks for your strategy development and implementation.

Join our subscribers who stay ahead of the pack.

Feel free to fill this form out. We will connect you with one of our leadership and organizational development consultants who can advise you and your organization with the right solution.